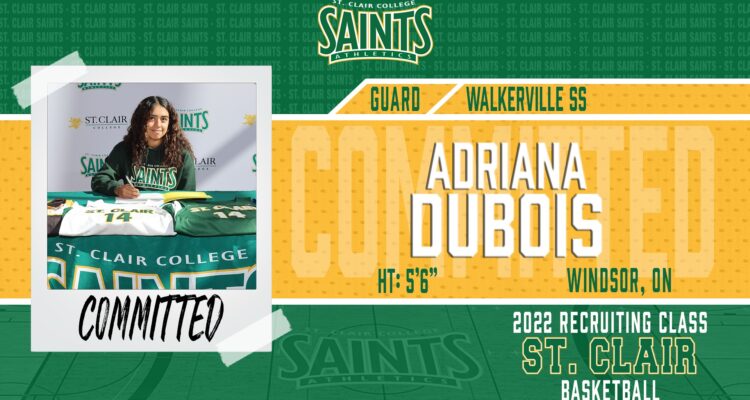 Windsor, ON – The St. Clair College Women’s Basketball team added more depth in preparation for the 2022-23 campaign with the commitment of local guard Adriana Dubois.

Before graduating from Windsor’s Walkerville Secondary School the 5’6” Dubois attended Kennedy Collegiate where she helped the Clippers to a pair of WECSSAA Championships in 2018 and 2019 along with a SWOSSAA title in 2019 that led to an OFSAA Silver Medal. She also played on the club side with the South Windsor Warriors where she won a Basketball Ontario crown in 2018 but most recently has competed with Baron United.

Saints Head Coach Andy Kiss spoke said about the addition, “Adriana is an athletic defender and a capable perimeter shooter with effective finishing moves when attacking. She adds needed depth at the guard position on our roster.”

Dubois will be enrolled academically in St. Clair’s Pre-Health Science program this fall.